The western and central parts of India are a vast geographical area with a wide spectrum of languages, cultures, traditions and historical developments. The landscape of the region ranges from harsh salt desert to dense jungles, from pristine beaches to steep mountains. Beautiful national parks support an astonishing variety of wildlife including the endangered big cats such as tigers, lions and leopards. The antiquity of the region is revealed at the excavation sites of the Indus Valley Civilization at Dholavira and Lothal.

Architectural wonders dating back to the 3rd century BC in Sanchi and Ajanta give us great insight into the importance of Buddhism and the patronage it enjoyed before its imminent decline in India. In Khajuraho, temple architecture and sculpture art reached its zenith in the 10th century, while at the same time the finest stepwells were being constructed in Gujarat in the west.

Adding to the rich culture of the region are the numerous tribal communities, each with their own fascinating ancestry, dialect, folklore and customs. Their ingenuity in creating exquisite textiles and handicrafts is unparalleled and makes a visit to the region unmissable.

Here are just a few of the places we would like to show you, in West and Central India. Click on the city names below to know all about them.

Highlights of West and Central India 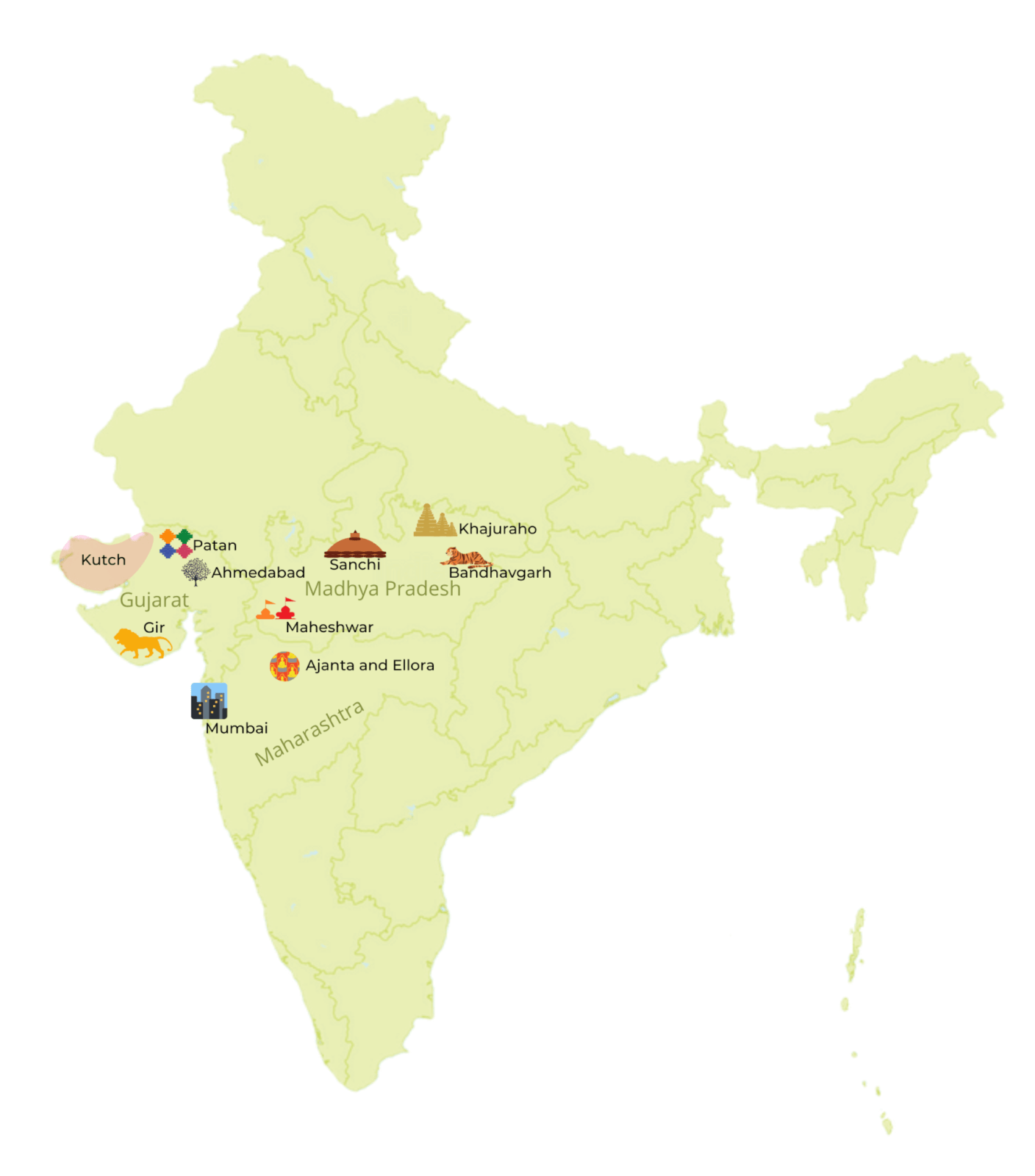 An ancient city in the state of Gujarat whose royals patronized art and architecture, Patan is known for its unique weaving art and for a stunning step-well.

The Patan Patola is perhaps one of the most luxurious textiles of India if not the world. What makes it so valuable is the complex, labour intensive, dizzyingly mathematical process of dyeing warp and weft threads that then align perfectly when woven to create the pattern. Nearly a thousand years old, this double ikat method is still used to create highly prized sarees, even as very few Patola weavers exist now.

Rani ki Vav may be one of Gujarat’s many stepwells but is certainly one of the most stunning pieces of architecture in the country. Deep rock cut wells, with steps leading down to the water, stepwells were not only civic structures but developed into spaces of art and culture, history and life over the centuries. The astonishingly well-preserved 11th century Rani ki Vav is a blaze of delicately carved columns and walls that run seven storeys deep. 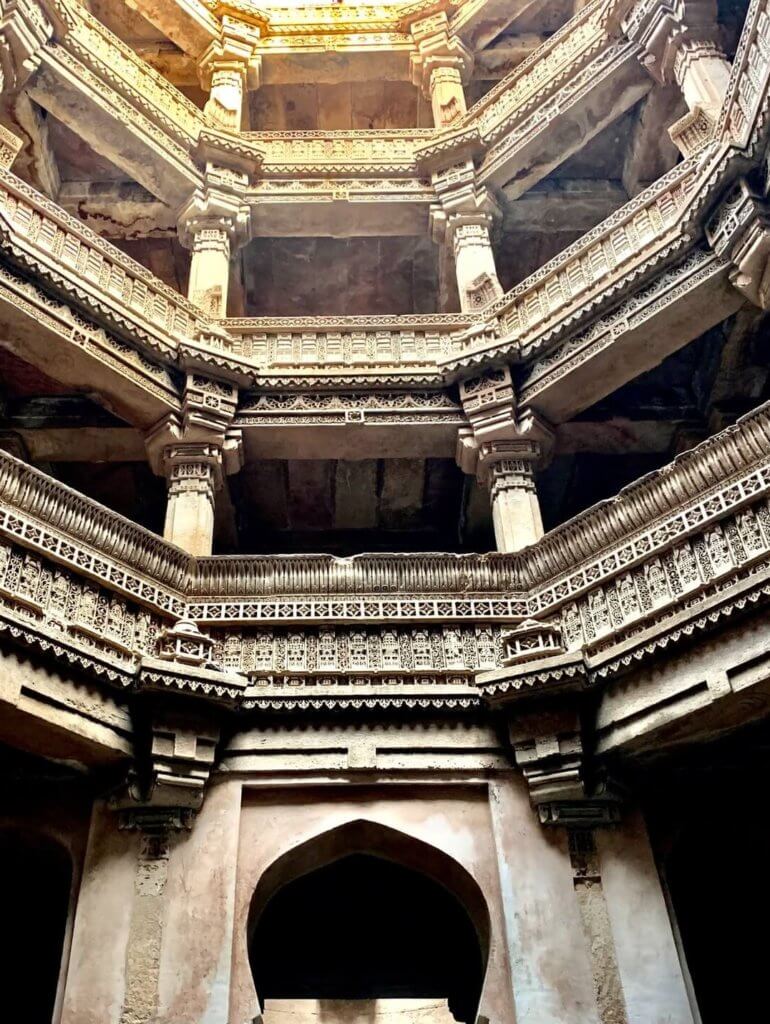 The only place in the world, outside of Africa, where you can spot lions roaming free in the wild is Gir National Park in Gujarat. Gir is a success story of wildlife conservation which saved the Asiatic lion from indiscriminate hunting, although it remains a critically endangered species. A hilly, forested terrain with dense jungle, marshes and grasslands makes the park an ideal habitat for other wild animals as well, such as leopards, antelope, hyenas, wild boar and crocodiles. It is also home to over 300 species of resident birds. 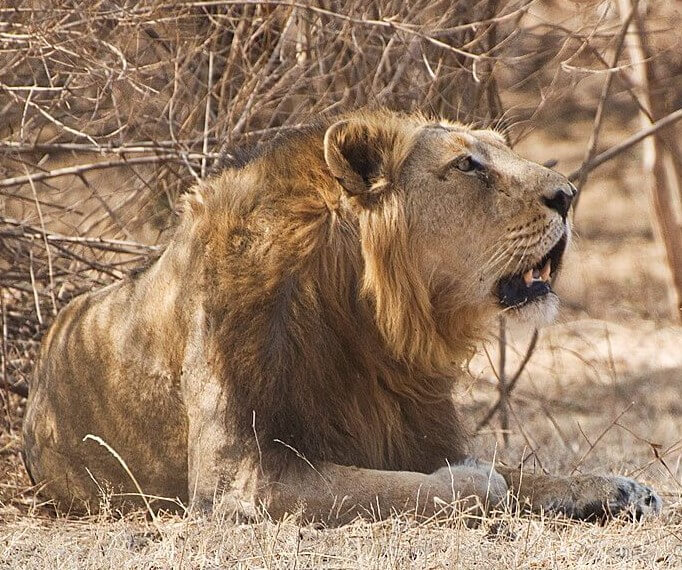 The vibrant city of Ahmedabad has always been a melting pot of several cultures. Its unique character stands out as it straddles several worlds – the ancient and the contemporary, the traditional and the modern, the peaceful and the chaotic. The tranquil atmosphere of Sabarmati Ashram, where Mahatma Gandhi lived during the years of India’s independence struggle offers a journey back into an important era of the country’s history. With an excellent textile museum, incredible architecture, an exciting nightlife, sumptuous cuisine and the bustling old city, the experience of visiting Ahmedabad multifaceted. 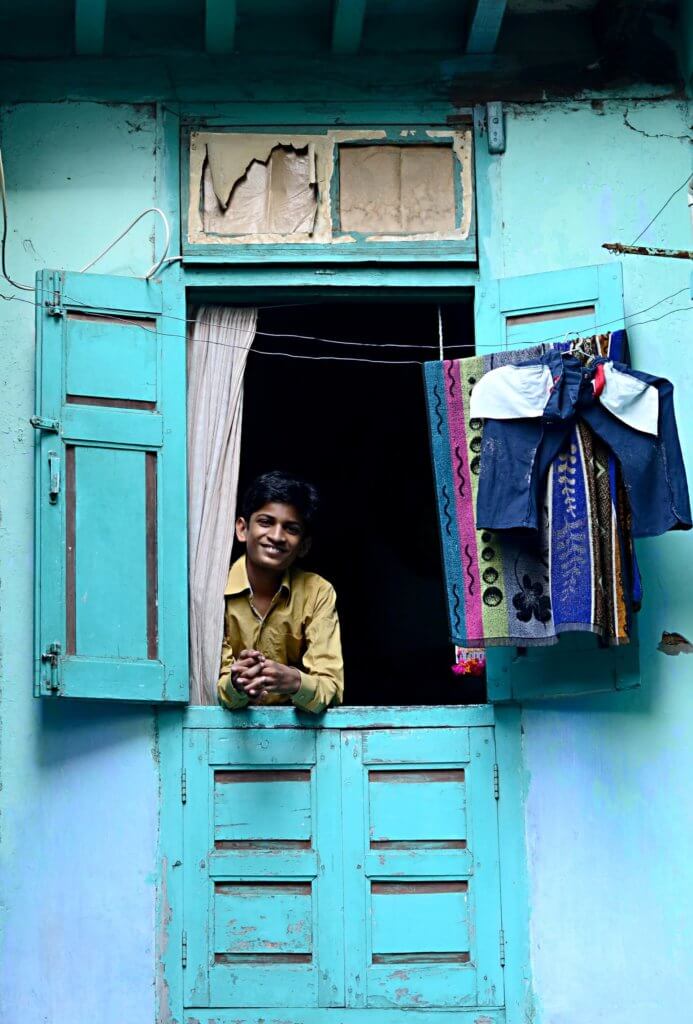 One of the most charming destinations in central India, the village of Khajuraho is home to some of the world’s most exquisite sculptures and architecture. Built between 950 to 1050 AD by the Chandela kings, only around 25 of the original 85 temples survive, dedicated to Hinduism and Jainism. The candid yet aesthetically pleasing depiction of sensuality and eroticism in the embellishment of the Hindu temples is a subject of much discussion and amazement. However, the majority of sculptures depict various aspects everyday life, secular themes as well as mythical stories, drawing often on symbolism to express spiritual values. 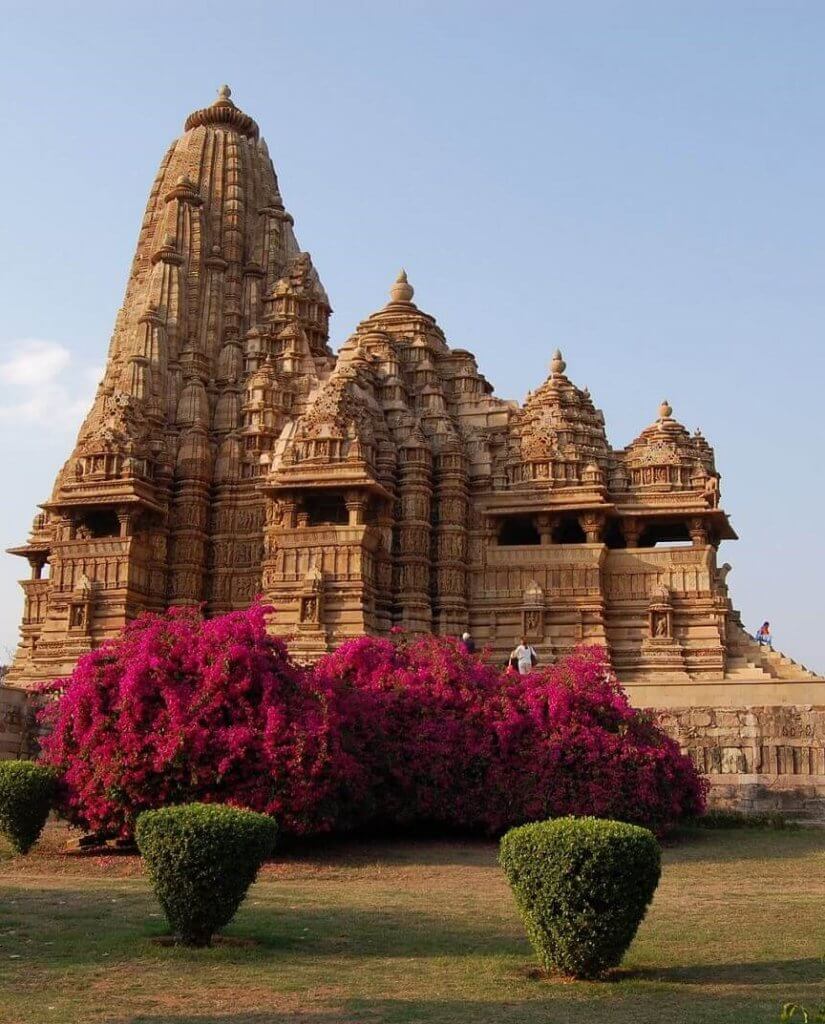 Perhaps the most popular of the several tiger reserves central India, Bandhavgarh has the highest density of tigers in India. A varied topography of steep ravines, thick Sal forest, grassland and streams provides a perfect habitat for a variety of birds and wildlife like sloth bears, leopards, porcupines, and several species of deer. The 10th century Bandhavgarh Fort sits upon a high plateau, nearly merging into the rocky terrain, its rugged desolateness witness to a bygone era of glory. Ancient inscriptions in man-made caves add to the excitement of game drives. 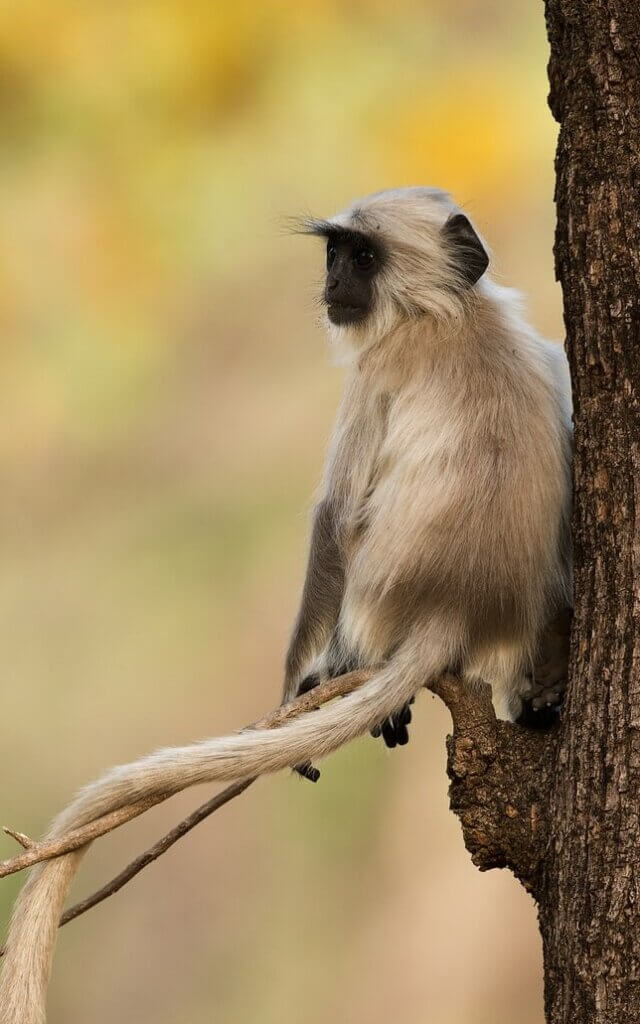 The Kutch district in Gujarat is home to India’s largest salt desert. Be amazed by the vast, panoramic expanse of flat, stark white salt which may seem devoid of life but infact supports rare wildlife like the wild ass, desert fox, jungle cat and several bird species. Rising out of the desert, is a 5,000-year-old Indus Valley civilization site known as Dholavira, which makes the area’s history even more fascinating. Further south, the land gently rolls down into the sea at Mandvi, a port town with a four-hundred-year ship building tradition and trade. The stark and austere beauty of Kutch is colourfully contrasted by its beautiful people whose textiles and handicrafts are some of India’s most stunning and ingenious.

‘Maximum city’ Mumbai throbs with an unrelenting, chaotic energy that is both attractive and overwhelming at the same time. The capital of Maharashtra, this City of Dreams, is a melting pot of people from all walks of life, embracing everyone who comes to it. It is also a city of incredible paradoxes- of success and struggle, of wealth and squalor, of hope and disappointment. While it is home to Bollywood, one of the largest centres of film production in the world, it is also a well-known centre of art and theatre. Some of the grandest colonial-era architecture can be seen here, as can fishing villages. Together with excellent restaurants and an exciting nightlife, a visit to Mumbai is so many experiences rolled into one. 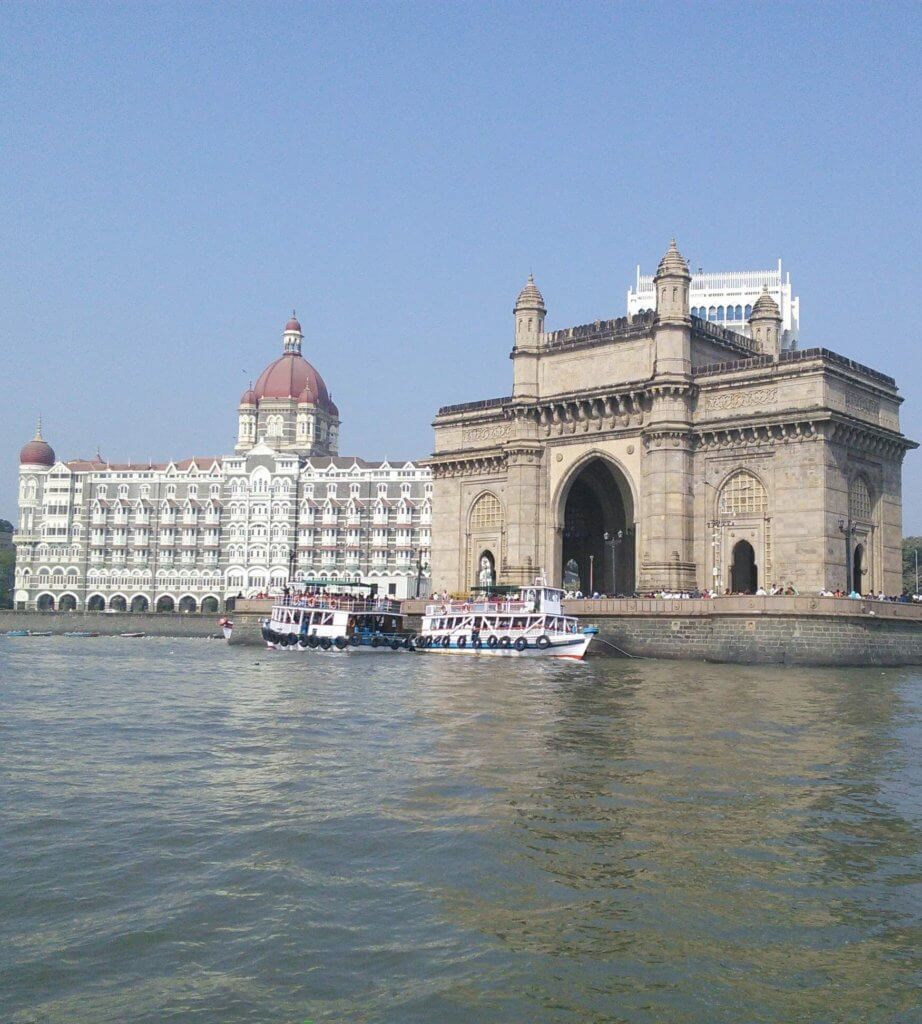 Usually spoken of in the same breath, both Ajanta and Ellora are accessible from the city of Aurangabad in Maharashtra. The ancient Indian rock-cut architecture at both sites is remarkable, not just for its antiquity but also for its highly refined quality. The caves at Ajanta, hidden behind thick forest for a millennium till their re-discovery in the 19th century, served as Buddhist monasteries and worship halls. Adorned with sophisticated mural wall paintings and sculptures, these caves were built in the period between 2nd century BC and 6th century AD. At Ellora, dated slightly later, is the largest single monolithic rock excavation in the world, the Kailasha temple. This jaw dropping structure, shaped like a chariot, features a profusion of carvings of Hindu deities and mythological stories.  Also found here are Buddhist and Jain monuments, with splendid sculptures and artwork. 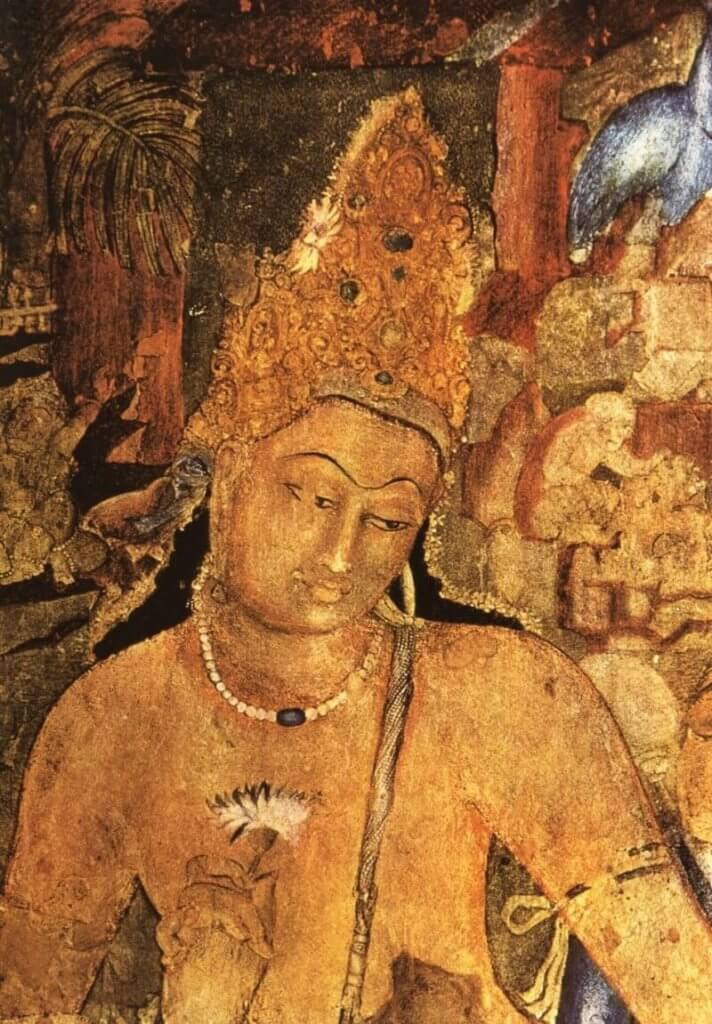 Located in the central Indian state of Madhya Pradesh, the Buddhist monuments of Sanchi are some of the oldest and most important stone structures in India. The Great Stupa, a domed edifice that houses sacred Buddhist relics, is without doubt the centrepiece of the UNESCO World Heritage site of Sanchi. Built in the 3rd century BC by Emperor Ashoka, the Great Stupa was repaired and enlarged by later dynasties, who also added several relief sculptures depicting the events and stories from the Buddha’s life. The crowning glory of the Sanchi sculptures are the toranas (ceremonial gateways) which are nothing short of architectural masterpieces. Sanchi not only encompasses the evolution ancient Buddhist architecture in India but provides a fascinating account of historical events of the time through the detailed narrative sculptures. 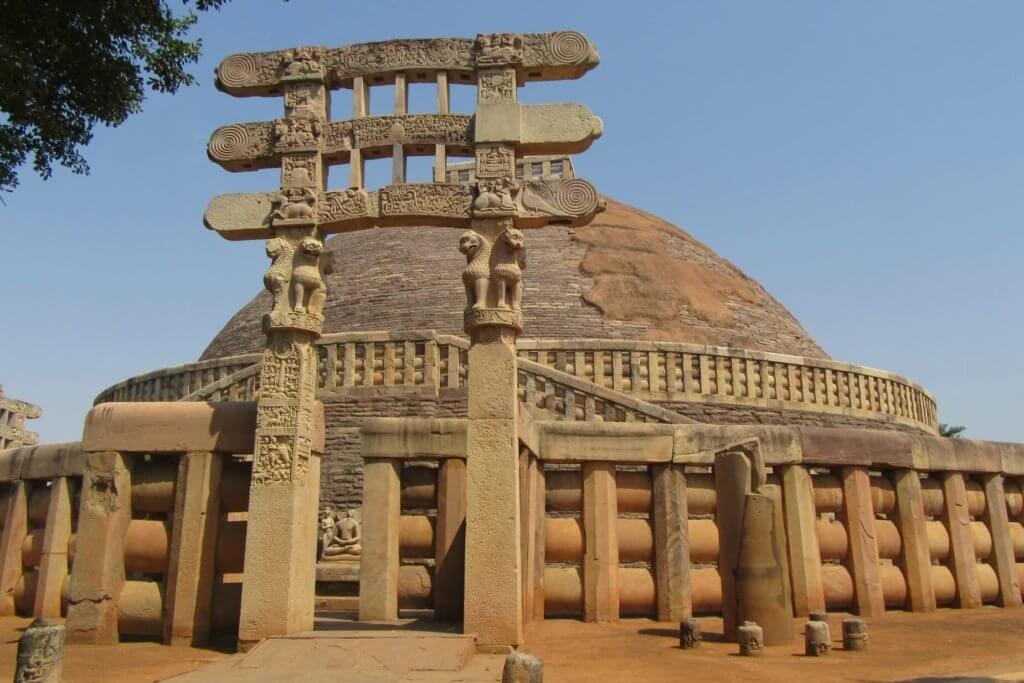 Maheshwar is a captivating small town located on the holy river Narmada in central India. Mythology is replete with its spiritual significance and antiquity, drawing holy men and pilgrims to worship at its ghats and temples. The massive fort of Maheshwar which dominates the town served as the residence of queen Ahilya Bai, the powerful ruler of the Malwa kingdom during the 19th century. The name Maheshwar is also synonymous with the famous sarees that have been woven here since centuries. Off the beaten track, Maheshwar is a delightful little place to explore. We highly recommend a stay at the fort hotel, a unique heritage property overlooking the river, with lovely courtyards, gardens, and secluded spots to kick back and relax 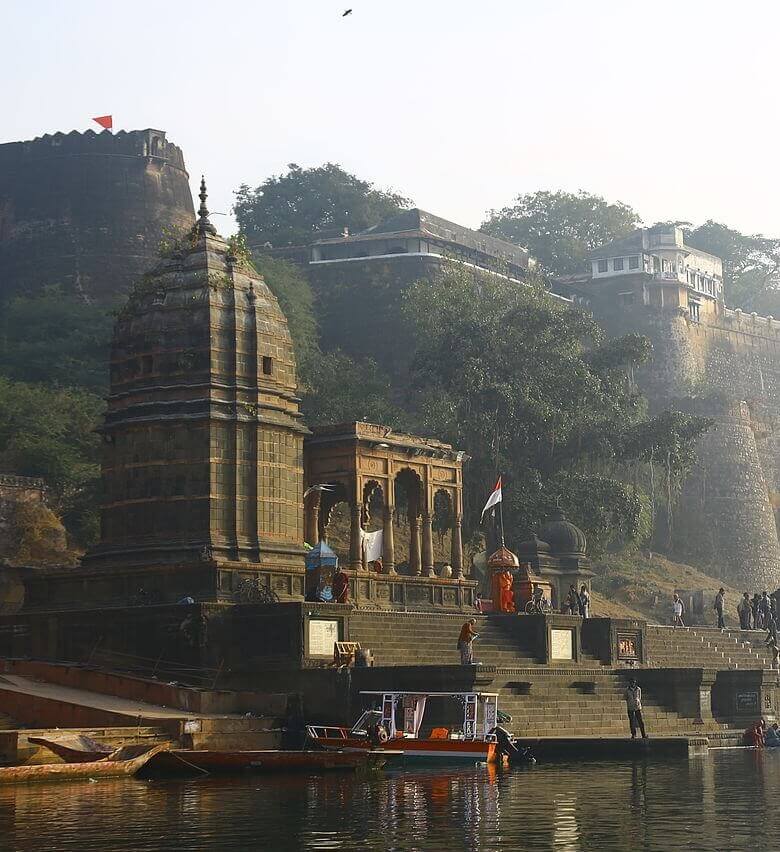