On the occasion of Women’s Day, Jasmine Trails spoke to Neha Gupta at Saffron Palate who our clients love for her fun, informative and amazing Indian cooking classes. Recipient of Trip Advisor’s Hall of Fame, featured in ‘Lonely Planet Food Trails of the World’, winner of several recognitions and awards in India and overseas, she is a wonderful hostess who brings the authentic Indian kitchen to the global traveller.

Here we chat on several topics such as the role of spices in Indian cooking, the evolution of north Indian cuisine and her experience of working with travellers from around the world. 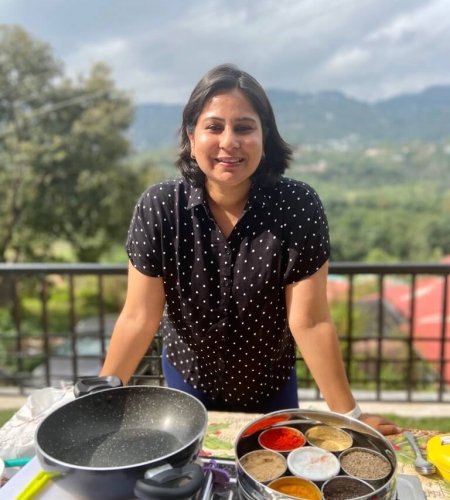 But that’s not all!

Participate and stand a chance to win a free, online, private cooking class for two (worth USD 38 per person!) with Neha

See how at the end of the interview.


Or jump straight to the contest


Bindu Lall: Hi Neha, and thanks for taking out the time on your anniversary to talk to us at Jasmine Trails. And just so our audience knows, Neha is celebrating her wedding anniversary in Goa, so Happy Anniversary. How does it feel to be out of Delhi after such a long time?

Neha Gupta: It feels wonderful, feels nice to around water and the beach. It’s lovely.

So Neha we have many guests who have already been to India and many who are eager to come and of course food is always a major part of travelling in India. I always like to curate meals or recommend really good restaurants and something special that people can experience. And of course, you are the expert at food and getting people closer to Indian food and understanding it, so I wanted to talk with you about that.

Tell us about your journey from being in the corporate sector to the culinary world?

NG: So, this was obviously not a planned journey, it just happened. I always liked cooking, but the natural step initially was just to study. So, I did my masters, then my MBA, went on to work for 5-6 years in solar power.

But then I wanted to take a break from my career, I wanted to spend some time with family. So, I left my job and during that time, I also started exploring this idea of having people come over and understand, but also understand Indian food, the spices, the touch, the feel and also do it themselves and not just simply go to a restaurant and eat,. So that’s how I started – with two people, three people in my little kitchen in my own house.

I met a lot of travel companies, a lot of them were very understanding, they appreciated the idea. I told them the idea is to provide an authentic experience. It should be that you are coming to experience a culture. Not just a culinary experience, but you are coming to a home, you are meeting a family with four generations, getting an idea of how food is integrated in the culture of India.

Initially it took a little time but slowly and steadily it grew, and I realised it’s something I enjoy. It gives me a lot of flexibility and I get to share something that I love- the culture, the food – with people who don’t know much about it but are keen learn. Now it’s been eight years. 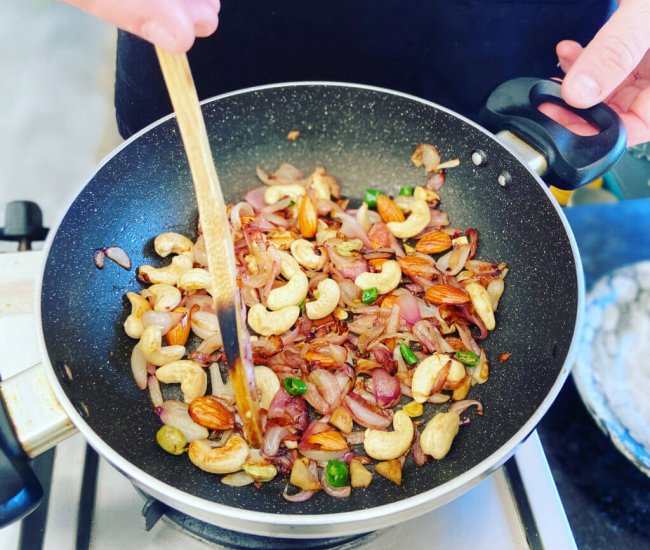 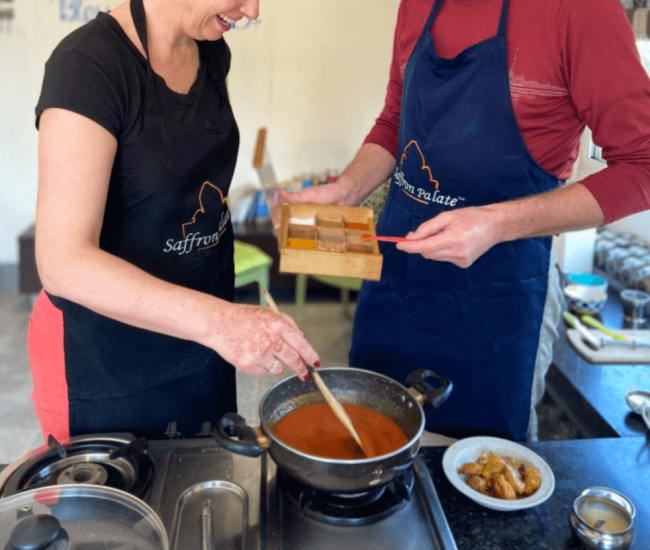 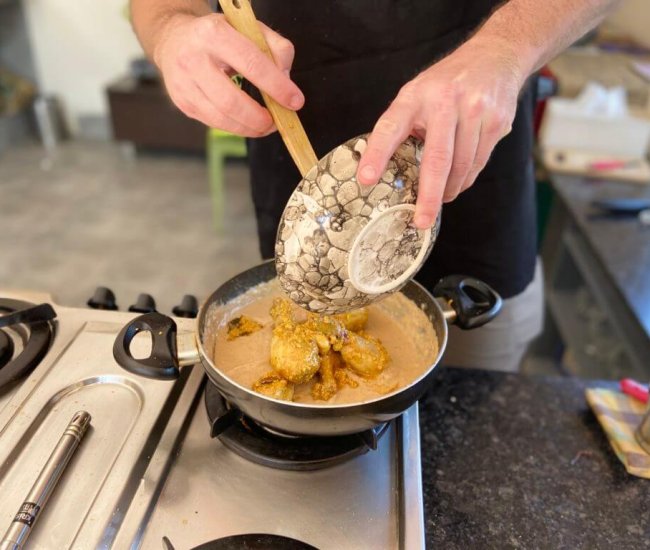 BL: And how many guests do you think you have taught so far?

BL: That’s incredible. You have some amazing capacity to have so many people coming over!

BL: Where did you learn to cook? Was it at home or did you take classes?

NG: So initially it was all with my mother. My father was in the air force, so I grew up all over India. I was born in Jodhpur, then I lived in the south and east. I lived in nine cities. I picked up cooking from all the regions I lived in. Plus, my mother is an exceptional and a highly organized cook. You can tell her that in the next 2 hours twenty people are coming and she can immediately rustle up something. So, I learnt those little tricks from her. Then I did a couple of courses. That is the way I built it up.

BL: Which Indian cuisine do you specialize in and which one do you enjoy cooking the most?

NG: Indian cuisine is very varied, so many dishes and varieties that it’s very difficult to pick one or like one region. But I think food is always best when there is a memory story attached to that dish. When you eat that dish, you feel that memory. So, for me that means food from the northern part of India. My mother is from Uttarakhand (mountain region north of the state of Uttar Pradesh), so the food from Uttar Pradesh, Uttarakhand is what I enjoy. Simple (food). I always believe in making things which are simple and easy to replicate. I don’t believe in making recipes that are tough and could take hours altogether.

BL: Since you have been working with so many overseas guests, are there any kinds of myths or pre-conceived notions that overseas travellers have about India food?

NG: The most common myth that most people have is that Indian foods equals hot food, that is, spicy food. But I always tell my guests that it’s not true because we can always make Indian food mild. And there only a few spices that make it hot. Otherwise, Indian food is all about flavour. It’s about using saffron or nuts or garam masala (ground mix of spices) etc.. What these spices do is add flavour and aroma.

Another thing that most people feel is that Indian cooking is a lot of work. They get intimidated by the number of spices. They get intimidated by the amount of work that goes into it. But it’s really not like that. Once you know your basic spices and know how to use them, you can make almost everything with a combination of 8 to 9 spices. Essentially the spices we have in a masala dabba, or a spice box at home.

BL: I’m sure you that you make Indian cooking very easy and bust those myths.

NG: Yeah, food should not have a hundred steps involved. It should be simple and tasty. And when food is cooked with love and with emotions and if you put your time and energy into it, everything will taste good – whether it is a simple dish or a complicated dish.

BL: Since you have mentioned spices, could you tell us something about the role of spices in Indian cooking?

NG: Spices were really used in in indigenous cooking for a long time for their ayurvedic or health benefits. So having turmeric is very good for you for anti-inflammation or Alzheimer’s. Then we also have ginger, we’ve always used it in our masala chai, our tea. Then there is kada (drink made of many different spices to boost immunity and treat colds). For health benefits and ayurvedic benefits spices have always been used. Now the world understands that. But we have been using these for so long.

Also, the Persians dynasties, the Mughals, who ruled here, they were the ones who really started experimenting with Indian food, using saffron and dry fruits and a lot more spices. That is why we know it as Mughlai cuisine. Heavy dishes, like butter chicken or kormas or tandoori chicken. They are rich and creamy and aromatic with spices.  Whereas the original Indian food was very simple, and I am generalizing a bit here, but for example, the food would be a simple lentil, rice, breads, green leafy vegetables, yogurt. It would be very light, not so heavy. And spices were meant for ayurvedic purposes. But they slowly got introduced more and more in the food. 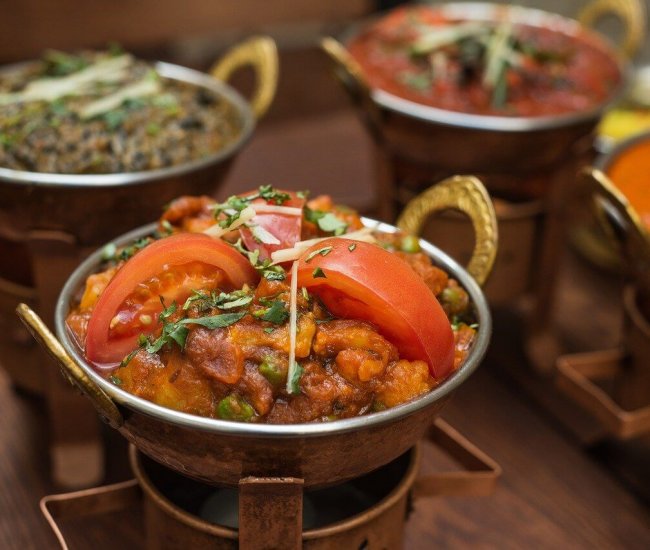 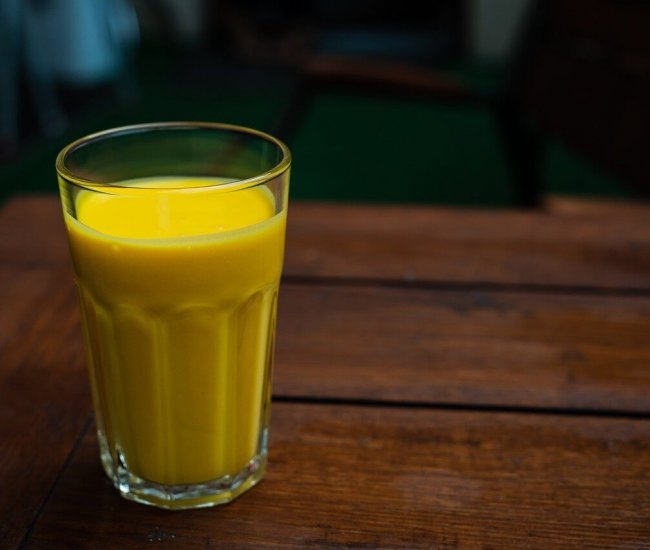 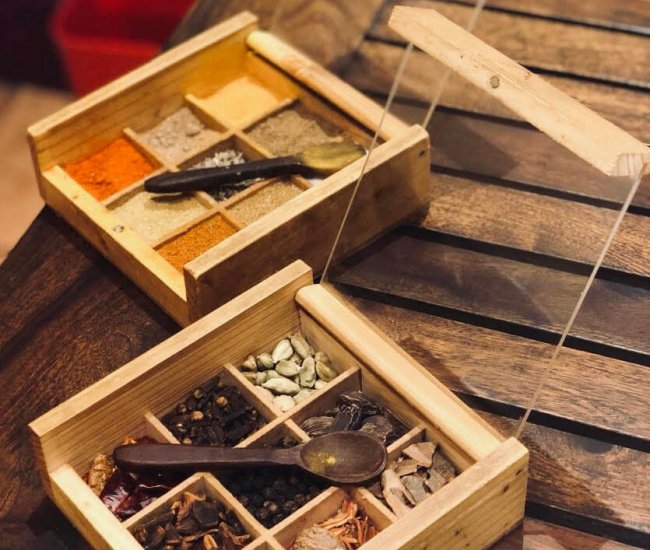 BL: I think most Indians don’t even know that there is so much of outside influence on the actual, or very native food that existed here earlier.

NG: Infact my grandmother used to say – she was a freedom fighter, and she joined the freedom movement when she was thirteen…. Infact she met my grandfather also in the freedom movement and he worked with Mahatma Gandhi as well. So, although she was a freedom fighter, she used to joke that the only one good thing that the British left behind was bread, and it’s true. (laughs). It’s a simple and easy breakfast to have, you can just have toast if nothing else.

BL: When you are cooking, doing so much with food, have you ever attempted to create something unique? Like fusion food or food influenced by another culture?

BL: What do you enjoy most about your work?

NG: There are so many things I enjoy about my work. I love that I share food with people who love food. Someone once told me that you sit in your drawing room or kitchen and you travel the world. That is because I get to meet people from all over the world be it Korea, be it Japan, the US, many countries, you name it. We share a common love for food and cultures. There are many of them who are now my friends. When I travel overseas, I meet them. Or they come here every year. They have become more like my personal friends than customers.

BL: When you go out to eat in a restaurant, what are you most likely to order.

NG: So it depends. If I have been eating a lot of Indian food like for ten days, then I would probably not order Indian food. (laughs). I also get bored, I also need variety. I’m fond of chicken, so if I go out and want a western dish then I normally like grilled chicken in red wine sauce. And I’m very fond of salads, so I like having a good Caesar salad or any good Greek salad.

My husband can have Indian all the time. Even if we travel and go out of India, like to Europe, by the 8th or 9th day he starts looking for a restaurant where there is butter chicken. (laughs)

So we always argue about where to go out to eat. But I like to experiment and eat all cuisines, be it Mexican, Chinese, Japanese.

BL: What are you likely to be eating tonight for your anniversary dinner?

NG: If I have my way then maybe I would like to have a chicken or duck cooked with coconut. Or I’d like to go to a seafood restaurant and have a fish xacuti or a grilled pomfret. My husband is probably keen on having some Indian food. (laughs).

BL: All sounds delicious! Once again, thank you for your time on your anniversary and all the best. Enjoy you holiday.

Your chance to win a free, online, private cooking class for two (worth USD 38 per person!) with Neha!!

Step 1:
Subscribe to our newsletter. If you are already subscribed move to step 2.

Step 2:
Refer a friend to us, (you know, the one who likes to travel and who you think would like to receive occasional tour updates from us). Simply fill out the form below.

Step 3:
Let your friend know you have referred him/ her to us. And voila! You are in the game!

That’s not all! Your friend automatically enters the giveaway sweepstake to win that cooking class for two. How great is that?

We promise not to spam you. We never share any personal information with anyone for any reason whatsoever. Your details are absolutely safe with us. 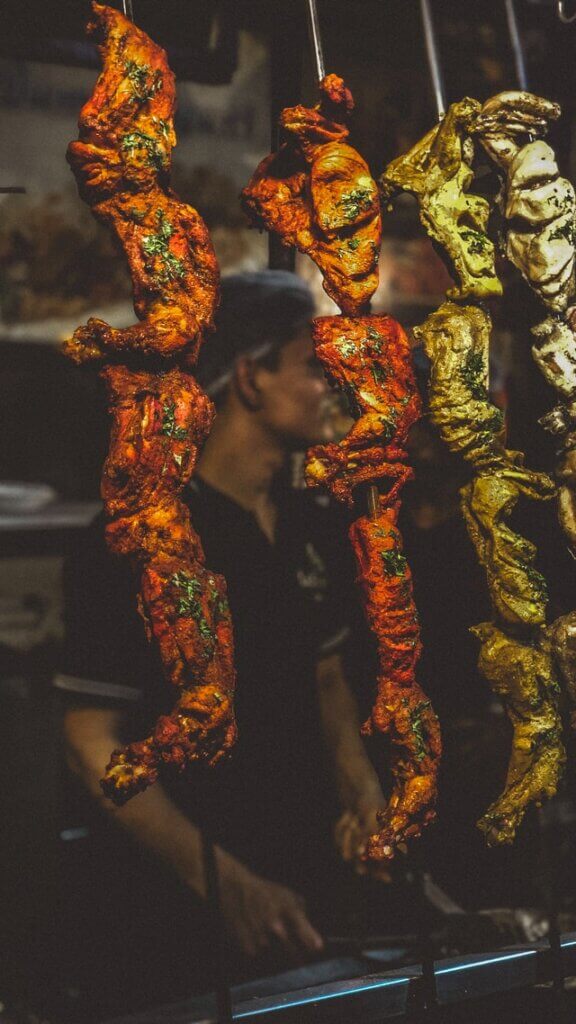 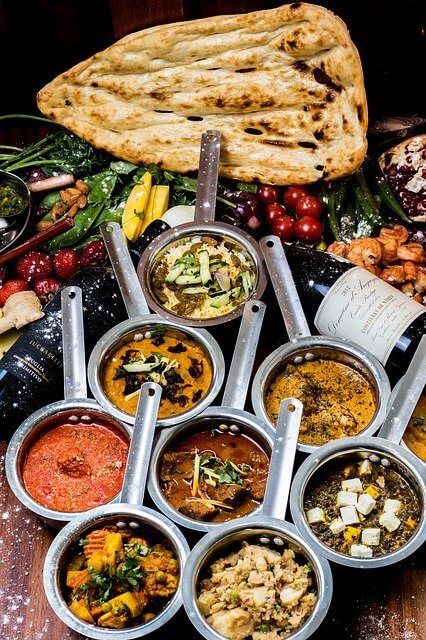 The lucky winner will be notified by email on 20th April.

No worries, even if you don’t win, you get a free recipe from Neha’s kitchen.